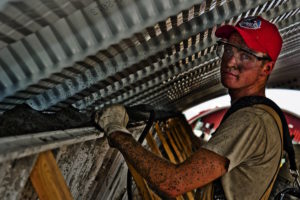 2020 is poised to potentially be a terrifying year for workers in Ohio. Six recently proposed amendments to the Ohio constitution may very well put workers’ safety and livelihood in a dangerous situation.

The resistance against these six suggested amendments is fierce, and for good reason! The underlying theme is a reduction in the value of a worker’s life and livelihood, while billionaires across the country deepen their financial pockets.

Prevailing wage is an Ohio state law that mandates an hourly wage that is negotiated for skilled tradesman on construction projects. This wage is based on the collective bargaining agreements with Ohio Unions, and includes pay, and benefits, including health insurance. Repealing prevailing wage would immediately create a profound adverse impact on Ohio’s economy.. Not only will workers take a drastic pay cut, but it will stymie apprenticeship programs and allow out-of-state contractors to take our Ohio jobs.

This would allow non-union contractors to steal jobs, resulting in fewer jobs for skilled, experienced tradesmen. States and cities would no longer be required to use the unions for work, effectively sabotaging the entire system.

Unions would no longer be able to support the political initiatives that in turn support skilled workers.

Union dues would no longer be a requirement, effectively terminating union structure

These 6 proposed amendments would be catastrophic for Ohio workers. If this is voted into law in 2020, it means 3 simple things:

The trades are already suffering a severe shortage, and these proposed changes could be catastrophic to the future of all skilled trades. The impact on our state and local economies would be unfathomable.