With age comes physical decline. By age 65, many Americans have one or more prescriptions. A recent study poses serious questions about the safety of medications prescribed to elderly Americans.

In April of this year, Brown University released a study of more than six million Medicare patients that made significant points about medication practices for the elderly in this country:

If you or an elderly loved one takes one or more medications, check with your healthcare provider about the possibility of dangerous medications or other side effects.

Medication mistakes are a common form of medical malpractice. While medications can be life-saving, they can also lead to disability and death when improperly prescribed. If concerned about unsafe medications, talk to your doctor, and then speak with an attorney with our firm. 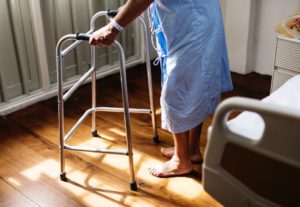 Recent changes to Ohio laws now require a number of service providers and professionals to report elder abuse. These new Adult Protective Service laws aim to help identify elder abuse, and put a stop to it by requiring more services to report the abuse.

Many cases of elder abuse go unreported, either because people do not recognize the signs of abuse or because they are unaware of how to report it. Studies show that only one out of ten elder abuse cases are reported, leaving a large number of elderly individuals subject to abuse that can last for years and often results in poor health or even death.

With these changes to the law, more professionals will receive training in identifying elder abuse and in knowing how and when to report it.

Which Services Are Mandated Reporters?

Under the changes to the law, many more businesses are now required to watch for and report elder abuse. The list now includes the following:

What Is Elder Abuse?

The law defines elder abuse as any type of neglect or intentional act that causes a person age 60 or over harm. This isn’t limited to physical harm, either—it includes emotional and mental harm as well as financial exploitation, neglect, and sexual abuse. The changes to the law expand the definition to include abandonment as well.

While these professionals are now required by law to report elderly abuse, individuals may also make reports. If you believe an elderly person is being abused, contact your county’s Adult Protective Services.