On October 30, tragedy occurred in Indiana when a woman failed to stop for children crossing the road to the bus. The bus had all of its lights on, and the woman had time to stop. However, in her statement, she said that she did not see the children or the stopped bus. Witnesses, including the driver in the following car and the bus driver, state that the bus was clearly visible. Regardless of whether or not the driver could have stopped, the end result is that three children are dead.

This tragic incident has started a dialogue regarding bus safety and increased awareness of children crossing streets. 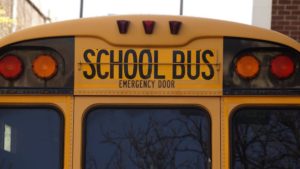 While the laws regarding passing school buses do vary from state to state, nearly all state that you must stop when approaching a bus that has its flashing lights on and stop sign extended. There are some exceptions, such as when you’re driving the opposite way and there is a barrier on the median. However, in most cases, you must stop when the school bus is picking up or dropping off passengers.